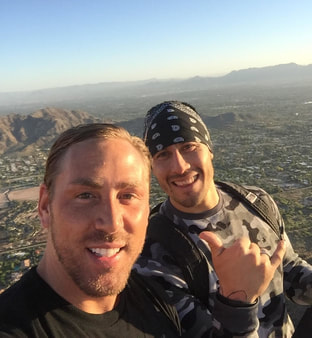 KC GRIPZ is the result of nearly two decades of friendship and collaboration between two guys who really know their stuff when it comes to functional training and working with elite athletes. Fitness experts Mike Santini and Ruben Payan, former co-partners in a successful personal training business recognized a void in fitness training and reunited as business partners to fill it.
Mike is a strength and conditioning coach in Scottsdale, Arizona for youth, high school and collegiate athletes.
Ruben is a strength and conditioning coach in Beijing, China and an avid climber and mountaineer.
Both Mike and Ruben recognized that grip strength was being underutilized and often under trained. As passionate industry innovators they discussed possible solutions and training scenarios.
From this, the vision for KC GRIPZ emerged. 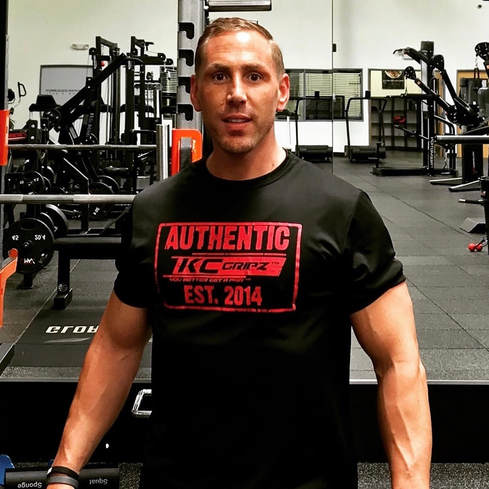 Mike is a leader in sports performance training for youth, high school, college and professional athletes in Scottsdale, Arizona. He is a motivational speaker that helps youth athletes overcome their fear of failure, and positively reinforces their ability to succeed. He is now taking on the role for KC GRIPZ, as the company's primary instructor for training the body to prevent injury during sporting activities. Mike has coached the McCormick Ranch Little League Bulls; who under his leadership were the 2012 All Stars District 6 Champions, and finished 3rd in the state against 140 plus Little Leagues. Mike is an outstanding athlete with a very competitive nature! He has taken up Rock Climbing, and Obstacle Course Racing. He was a competitor on season 6 of American Ninja Warriors as an extreme athlete. 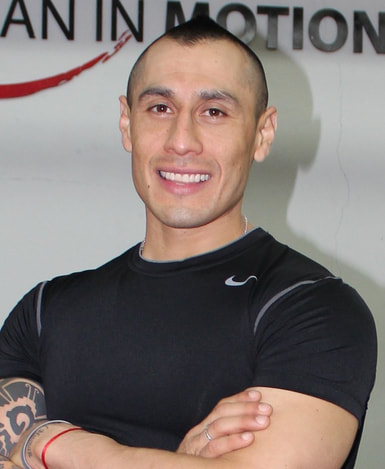 In addition to climbing seven of the world’s eight highest mountains, Ruben owns an award-winning fitness studio in Beijing, HUMAN IN MOTION, named China’s best by Men’s Health magazine in 2013. Ruben is also a motivational speaker and regularly travels around the world to address audiences as a successful mountaineer, functional training expert and fitness industry innovator. In the spring of 2018 he took on the deadliest and most technically difficult mountain in the world, K2. While he was not able to summit, he plans to conquer the mountain in the near future to complete his mountaineering journey.